Has Arulraj been convicted and jailed?

I have received a few emails today from people who said they didn't realise that Gali Arulraj was in jail. Yesterday's email from Bishop Prakasam of Nellore had mentioned beatings and "very inhuman and most heinous treatment" experienced by Arulraj in jail.  I received emails asking when Arulraj was convicted, how long his sentence was, and whether he is still in jail.

To clarify the situation: Arulraj's case has still not come before the criminal court. He has not (yet) been convicted.  He is not (yet) in jail.

Arulraj spent some time in jail in 2006 or 2007. As I recall it was 2006.  The reason that he spent time in jail had nothing whatsoever to do with Enable.  Indeed nobody in Enable knew anything about it until some time afterwards.  He was jailed because he broke the conditions of his bail.  In other words, he brought it upon himself.  Why he received such bad treatment in jail I do not know, but it could be that others took a dim view of him as he was well known in the town of Ongole after embezzling large sums of money that were intended to benefit disabled children. And is it surprising if they took such a dim view? 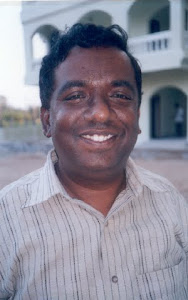